Why do we use analysis of variance (ANOVA) when we’re interested in the differences among means? And how do ANOVA tests work? We’ll try and lay it out simply for you.

When we take samples from a population, we expect each sample mean to differ simply because we are taking a sample rather than measuring the whole population; this is called sampling error but is often referred to more informally as the effects of “chance”. Thus, we always expect there to be some differences in means among different groups.

The question is: is the difference among groups greater than that expected to be caused by chance? In other words, is there likely to be a true (real) difference in the population mean?

Although it may seem difficult at first, statistics becomes much easier if you understand what the test is doing rather than blindly applying it. This isn’t a “dummies”-level explanation, but hopefully ANOVA will become clear by following the steps below.

Mathematically, ANOVA can be written as:

where x are the individual data points (i and j denote the group and the individual observation), ε  is the unexplained variation and the parameters of the model (μ) are the population means of each group. Thus, each data point (xij) is its group mean plus error.

Like other classical statistical tests, we use ANOVA to calculate a test statistic (the F-ratio) with which we can obtain the probability (the P-value) of obtaining the data assuming the null hypothesis. A significant P-value (usually taken as P<0.05) suggests that at least one group mean is significantly different from the others.

Alternative hypothesis: at least one population mean is different from the rest.

Calculation of the F ratio

ANOVA separates the variation in the dataset into 2 parts: between-group and within-group. These variations are called the sums of squares, which can be seen in the equations below.

The between-group variation (or between-group sums of squares, SS) is calculated by comparing the mean of each group with the overall mean of the data.

i.e., by adding up the square of the differences between each group mean

and the overall population mean

We then divide the BSS by the number of degrees of freedom (this is like sample size, except it is n-1, because the deviations must sum to zero, and once you know n-1, the last one is also known) to get our estimate of the mean variation between groups.

i.e., by adding up the variance of each group times by the degrees of freedom of each group. Note, you might also come across the total SS (sum of

). Within SS is then Total SS minus Between SS.

As before, we then divide by the total degrees of freedom to get the mean variation within groups.

The F ratio is then calculated as:

To obtain a P-value, it can be tested against the F-distribution of a random variable with the degrees of freedom associated with the numerator and denominator of the ratio. The P-value is the probably of getting that F ratio or a greater one. Larger F-ratios gives smaller P-values.

Example: A researcher conducted a study to investigate the effect of teaching method on the reading ability of schoolchildren. Fifteen children were randomly allocated to one of three teaching methods and their reading ability measured on a validated score. The ANOVA table below shows that the F-ratio is 52.022, which gives a p-value of P<0.001 (with degrees of freedom 2 and 42). Figure 1 present the data, showing the between-group variation and within-group variation.

The average amount of variation between groups is greater than that within groups (see graph below), which means that the F-ratio is large and the P-value is very small.

t-test is used when comparing two groups while ANOVA is used for comparing more than 2 groups. In fact, if you calculate the p-value using ANOVA for 2 groups, you will get the same results as the t-test.

To be sure your use of ANOVA, statistics, and effective scientific language are in order, scientific review and expert editing are worth many times their price. They can help you avoid major revisions (or rejection) and get published sooner. Explore your options here. We want to see you get published. 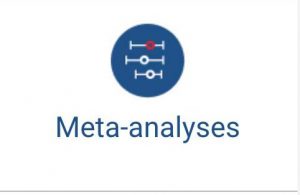 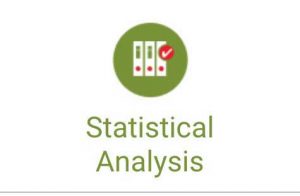 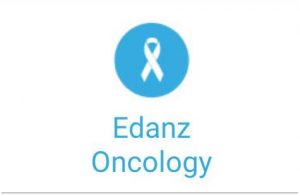